Not every word in English needs to stand alone. Sometimes, words like to join up. And these compound words may have a completely new meaning. But how can you avoid errors when using these terms? Join us for a look at open, hyphenated, and closed compound words.

What Are Compound Words?

Compound words are made up of two or more other words. They can be written as open compounds, hyphenated compounds, or closed compounds:

The question is often what type of compound word you need to use!

As explained above, compound words come in three kinds. Which type of compound to use is often a matter of convention, so if you’re not sure whether a word should be open, hyphenated, or closed, you can look it up in a reliable dictionary to see how they spell it. 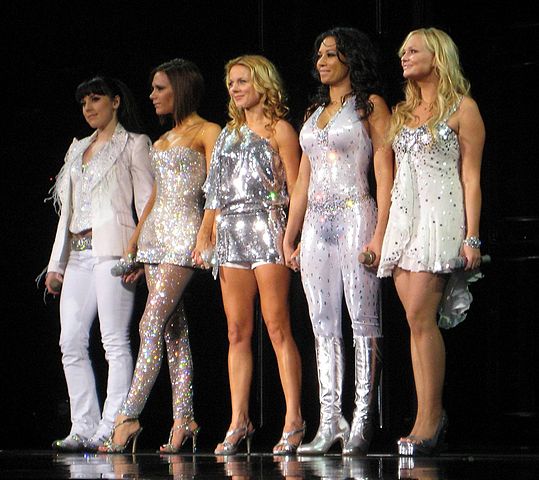 Or ask the Spice Girls, who are experts on when two become one.
(Photo: Ezekiel/wikimedia)

With some words, though, you have more than one option. “Email,” for example, can also be written as “e-mail,” and “car pool” can be spelled “carpool.” In these cases, our main tip is to use one spelling consistently throughout the document you’re writing. And if you are using a style guide, you may want to check if it specifies how to write compound words.

In addition, we have a few tips for when to hyphenate compound words.

When to Hyphenate Compound Words

The rules about hyphenating compound words are fairly flexible, but they can be useful. The most common guidelines are to hyphenate:

However, you would not usually hyphenate compound adjectives when the first term is either “very” or an adverb ending in “-ly.” For example:

She found a perfectly formed gemstone. ✓

She found a perfectly-formed gemstone. ✗

Nor would you usually hyphenate compound adjectives when they come after the noun they modify. For instance:

The plan was well meaning. ✓

The plan was well-meaning. ✗

Again, there’s some variation here (e.g., “old-fashioned” is almost always hyphenated, even when it appears after the term is modifies). But, as long as you’re consistent and you remember to check a dictionary if you’re unsure about a word, you should be able to avoid errors.

One Word or Two?

Compound words often have meanings that differ from their constituent parts. This makes it easy to accidentally use a compound when you really need two separate words. “Everyday,” for example, is an adjective meaning “ordinary” or “routine.” It should be used like this:

My everyday clothes were in the wash, so I wore pajamas to the pub.

This isn’t the same as “every day,” which is written as two words and means “each day.” As such, it’s important not to get these terms confused if you want to be clear about what you mean. Remember:

I go to the pub everyday. ✗

One tip that can help is considering whether a compound word is being used as a noun or a verb phrase. Typically, the noun forms are written as a single closed compound. For instance, “set” and “up” become “setup”:

My computer setup cost me thousands of dollars.

Here, for example, “setup” is one word because it refers to a thing, not an action. The verb form of this term would be the two-word “set up”:

It took me hours to set up my computer.

Look out for similar noun–verb distinctions in your writing!

For us, Kurt Cobain’s musical legacy is outweighed by the number of spelling errors he’s inspired.

But these are simply errors and should be avoided in your written work.

In other cases, it is less clear. The word “alright,” for instance, is sometimes accepted as an alternative to saying “all right.” But “alright” is very informal. Some even consider it a spelling mistake. As such, you should be careful about using this compound word in formal writing.

And if you’re ever unsure about compounds, ask a proofreader for help!