First, let’s give an example of what we mean. Take the following sentence:

Here, “Game of Thrones” refers to a popular TV show. If we didn’t know this, we might guess from the capitalization, but most style guides also recommend using distinct formatting for titles. This usually means italicizing the title or placing it in quote marks. But when does each apply?

Titles of longer works, such as books or TV shows, are usually italicized:

We use italics for Game of Thrones because it refers to an entire TV series. Works that require italics for titles in this manner include:

Importantly, all of these are standalone works (i.e., published by themselves rather than as part of a larger whole). So, for example, you would italicize the name of a blog (e.g., Jenny’s Cooking Blog), but not the name of a post taken from that blog (e.g., “How to Make Beef Stroganoff”). 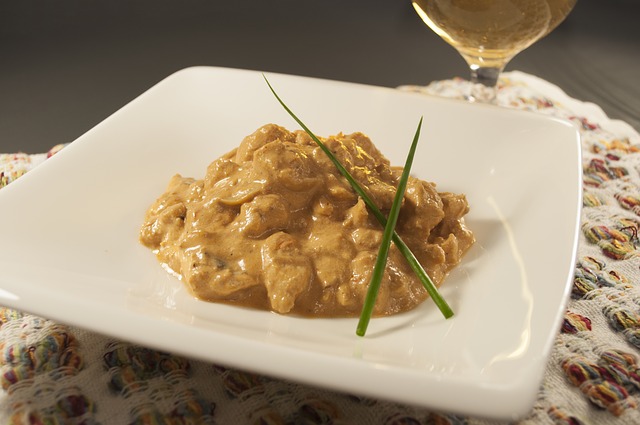 We’re 90% sure this is beef stroganoff and not dog food.

With shorter works that are part of a larger whole, titles should be given in quotation marks. An episode of Game of Thrones, for instance, would be written as follows:

Here, the formatting lets us instantly distinguish between an episode title and the show title. Quotation marks are also used when referring to titles of:

With most of these, the key is that they’re published as part of a longer work or series. The only exception to this is unpublished writing (e.g., a PhD dissertation or an unpublished manuscript).

As with most rules in writing, there are exceptions to these guidelines about formatting titles. For example, APA has different rules depending on whether a title appears in the main text or the reference list. It is therefore always worth checking your style guide to see if it has specific requirements.