These are easy to miss if you’re not careful, so check out our guide to some key grammatical differences between American and British English.

One difference between American and British grammar is our use of prepositions (i.e., words that indicate a relationship between other words). For example, while we might look forward to relaxing “on the weekend,” our British equivalents would relax “at the weekend.”

Other prepositions that may get switched include (American/British English):

These distinctions are less clear than they used to be thanks to the influence of American English, which has helped American grammar to spread. But they’re still worth watching out for if you want to sound British.

A collective noun refers to a group of things. American English treats this type of noun as singular. And this means we usually combined a collective noun with other singular terms:

The team was happy with its performance. ✔

Here, we treat “the team” as a singular entity, so we use the singular verb “was” and the singular possessive pronoun “its.” Using the plural terms “are” and “their” would thus be incorrect.

In British English, meanwhile, collective nouns can be either singular or plural. As such, they can also be combined with plural verbs and pronouns:

The team were happy with their performance. ✔

In other words, both sentences above would be fine in British English. The second, however, would be considered incorrect in American English simply because “were” and “their” are plural.

The only exception to this is when the members of a group are acting separately (i.e., as individuals). In this case, both American and British English can use plural terms with a collective noun.

Verb Tense when Discussing Past Events

American and British English often differ when describing a past event that has consequences in the present. In American English, we prefer the simple past tense in cases like this. For example:

American English: David ate too much, so he feels unwell.

Here, we have a past event (eating too much) that has consequences in the present (feeling unwell), so we have used the simple past tense.

But British English speakers tend to use the present perfect tense in similar situations. This means using “has/have” plus a present participle verb rather than just a simple past tense verb. For instance:

British English: David has eaten too much, so he feels unwell.

The same is true in sentences with past-time adverbs, like “just” or “already”:

Some irregular verbs can differ in American and British English. This is rare, with most verb forms being the same between dialects. But there are some differences you need to know. The most famous example is probably “gotten,” which isn’t used in British English. 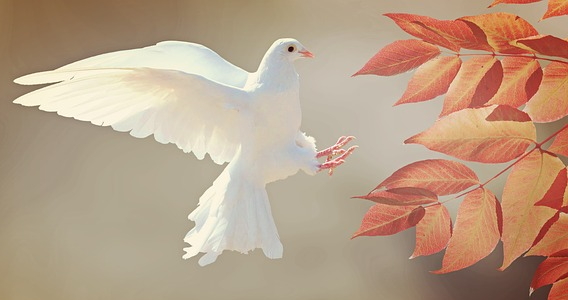 The question of how to describe a diving dove remains open.

Finally, look out for irregular spellings of verbs that would usually end “ed” in American English. For instance, “learned” and “burned” can be spelled (or spelt) “learnt” and “burnt” in British English. The American spellings are also accepted, though, so it isn’t a problem if you use an “-ed” ending.

Does It Really Matter?

As such, if any of the above apply to you, keep an eye out for grammar in your writing that sounds “American” and think about what the UK equivalent might be. And if you’d like any more help localizing your language in writing, don’t forget to have your work proofread.