When we want to add extra descriptive detail to a sentence, we use adjectives and adverbs. These are words that modify other words or clauses in a statement.

But there’s an important distinction between adjectives and adverbs, which is crucial to understand if you want to make sure your writing is grammatically correct. In the following, we explain how each of these word types should be used.

Adjectives are mostly used to modify nouns and pronouns, usually to tell us something about the properties or character of an object, concept or person.

This can be useful for identifying a specific individual. For instance, the adjective “sad” can be combined with the noun “clown” to make the noun phrase “sad clown.” This would make the clown in question distinct from a “happy clown.” 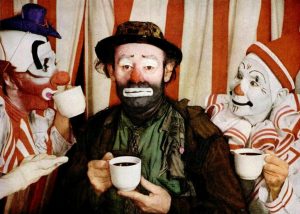 Life is hard when your emotions depend on your makeup.

Different adjectives are used to describe different qualities, including:

The key thing is that adjectives name an attribute of a noun.

A verb is an action word. To show how an action was performed, we use adverbs. For example, to describe the speed that something happened, we could use an adverb like “quickly” or “slowly”:

Put the gun down slowly and raise your hands! 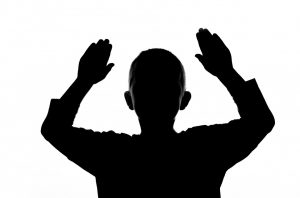 “Should I raise them quickly or slowly?”

Some adverbs can also be used to modify an adjective and add extra detail. In the following sentence, for instance, the adverb “truly” is used to emphasize to the adjective “terrible”:

I feel truly terrible about the incident with the gun.

In addition, adverbs can modify other adverbs. The adverb “more,” for example, can be used to show the degree to which another adverb (e.g., “sincerely”) applies:

You need to apologize more sincerely than that!

It’s often easy to spot an adverb because many end in “-ly.” But this isn’t always the case, such as with “more” or “very,” and not every word that ends “-ly” is an adverb, so you should be careful when using this guideline.

Many adverbs are formed by adding “-ly” to the end of an existing adjective (or replacing the “-y” with “-ily” if the adjective already ends in a “y”). However, if you’re not sure whether you’ve formed or used an adverb correctly, having your work proofread can help.