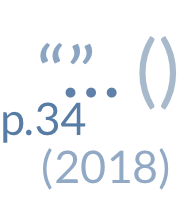 APA referencing is the citation system created by the American Psychological Association. It was developed for the APA’s own publications, but it is now used by universities, publishers, and scientific journals around the world.

The current rules for APA referencing are set out in the Publication Manual of the American Psychological Association, Seventh Edition. But if you don’t have this, our editors know APA referencing inside out, so you can trust us to check your work.

If you’re using APA referencing in a document, why not have it checked by the experts? Our academic proofreaders have in-depth knowledge of the APA system, so we can make sure your citations and references are always error free.

How To Select APA Referencing

To let us know which referencing style to use, all you need to do is select APA from the drop-down menu while uploading your document. 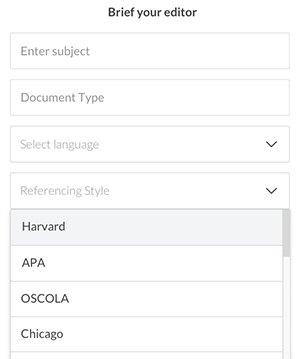 We use the seventh edition of APA referencing by default, but if you are using an older version of APA, or if you have any other instructions for how we edit your work, leave a comment here to let us know.

For example, we would format a basic APA citation as follows:

This changes slightly when the author is named in the text. In such cases, you simply cite the year of publication in brackets after the author’s name:

If you quote a source in APA referencing, make sure to include a page number at the end of the citation after a comma. This will point the reader to the quoted text:

The citation above, for example, tells us that the quote comes from page 34.

As with basic citations, this format changes slightly when the author is named in the text. In APA, this means citing the year of publication after the author’s name, but giving the page numbers after the quotation itself. For instance:

APA referencing requires you to list every source you cite at the end of your document, complete with publication information. This is known as a “reference list.” The basic rules for an APA reference list are as follows:

However, make sure to check your style guide on this. Some schools have in-house rules for formatting reference lists, even if they use APA citations.

The format of reference list entries in APA depends on the source type (e.g., book, journal article, website). In all cases, though, you will need to give enough information to identify the source, including the name of the author and title. For instance, a book with a single author would be listed like this:

For other reference formats and more information, see our blog and the APA Style website.

Try Us For Free

Want proof of our APA credentials? Then upload a 500-word sample of writing, select APA as the referencing style, and use the code 500FREE at checkout.

If you’re using another referencing style in your work, we can still help. In fact, we have extensive experience proofreading documents that use the following styles:

And if you’re using a different referencing style, just let us know.