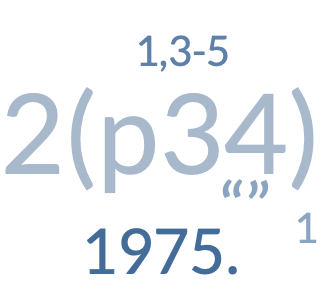 The AMA Manual of Style: A Guide for Authors and Editors was developed by the American Medical Association for use in their own publications, but it is now used by medical publishers and academics around the world. And if you’ve been asked to use “AMA referencing,” you’ll need the citation style set out in this guide.

This system is set out in the 11th edition of the AMA Manual of Style. But if you don’t have access to the full volume, our guide here should explain the basics.

Our proofreading experts have in-depth knowledge of AMA referencing. So if you have a document that uses AMA citations or other elements of AMA style, you can trust us to check it for errors.

How To Select AMA Referencing

When you upload an academic document to our system, we’ll ask you to select a referencing style. So if you’re using AMA, just pick “AMA” from this list.

And if you have further instructions for your editor (e.g., a specific edition of AMA you would prefer us to use), just add them here in the comment box.

AMA is a number–endnote system (also known as “Vancouver” style). This means:

AMA referencing does this with superscript numbers, like this:

Here, for instance, the superscript “1” shows that we’re citing the first source in the reference list. To cite the same source again, we’d simply use the same number. The main variations on this citation style include:

You can see examples of both of these below:

As mentioned above, in AMA referencing, you list every source you cite in a “reference list” at the end of the document. This is where you provide publication information for cited sources, allowing your readers to find the texts you’ve used in your research. The rules for creating an AMA reference list include:

The exact reference format for each source will depend on the source type. You can see example references for a book, a website, and a print journal article below:

You can find out more about AMA reference formats in the AMA Manual of Style.

Try Us For Free

If you need a proofreader who knows AMA referencing, you’re in the right place. Try our services for free by uploading a 500-word sample of your writing and using the code 500FREE at checkout.

Not using Vancouver referencing? Not a problem! We also know the following:

And if you’re using a system we haven’t listed here, just leave us a comment when you upload your document. For more information on referencing, see here.